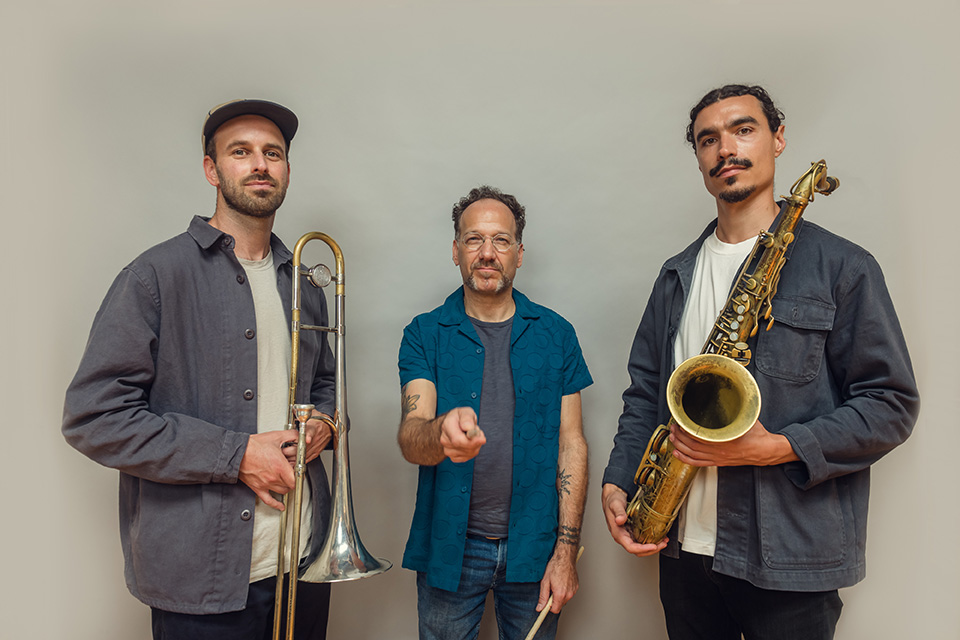 Scott Amendola, the drummer, composer and bandleader who’s been a creative force on the Bay Area jazz scene (and far beyond) for the past three decades, knows all about the power of subtraction. His new stripped-down trio SticklerPhonics brings together long-time collaborators Raffi Garabedian on tenor saxophone and trombonist Danny Lubin-Laden, NewYork-seasoned improvisers who’ve worked together since their formative years in the vaunted Berkeley High Jazz Band, circa 2003.

The trio has plunged into the unmediated terrain that opens up in the absence of the usual guidelines,“a situation where there’s no bass and no chords,” Amendola said. “The sound is ever evolving.We’re really settling in, but there’s also the feeling like there are places to go. We’ve been adding my electronics and Danny bringing in a little looper. We’re just getting started.”

With all three players contributing original compositions, SticklerPhonics is a volatile combo that can draw on a vast continuum of jazz practices, from traditional jazz polyphony and ambient soundscapes to funk and free jazz.Amendola, who first gained national attention in the Grammy-nominated three-guitar and drums band T.J.Kirk, has a deep well of experience in unusual instrumental settings.His long-running duo with Hammond B-3organist Wil Blades got its start when they developed an impressively detailed version of Duke Ellington and Billy Strayhorn’s late masterpiece Far East Suite.

There aren’t many models to follow for SticklerPhonics, though Barondown with tenor saxophonist Ellery Eskelin and trombonist Steve Swell is a major source of inspiration. “Scott hipped me to that group,” said Garabedian. “It’s fun to be in this almost uncomfortable situation. You need melody, rhythm,and harmony, and the challenge is how can you successfully get all that with what you’re working with.”

Graduates to the New School who have both released ambitious albums of their own, Garadedian and Lubin-Laden co-led Brass Magic, a stylistically omnivorous, horn-laden band that melded funk and rock, R&B and an array of international brass band idioms. Their deep connection on and off the bandstand informs the music of SticklerPhonics, which continues to calibrate different approaches for various spaces.

“We had this chemistry right awayas teenagers,” Lubin-Laden said.“It seems like Scott is in a very similar place to us musically. SticklerPhonics feels very exposed, but there’s this freedom in being able to accompany each other when we take solos.And Scott is the miracle glue for the whole thing. He’s such a force of nature as a drummer.

”Born in New Jersey and long based in Berkeley, Amendola has woven a dense and far-reaching web of bandstand relationships that tie him to leading artists in jazz, blues, rock, new music and beyond.A creative catalyst as a bandleader, composer, and accompanist, he’s collaborated closely with artists such as guitarists Nels Cline, Jeff Parker, John Schott and Charlie Hunter, organist Wil Blades, violinists Jenny Scheinman and Regina Carter, saxophonists Larry Ochs and Phillip Greenlief, and clarinetist Ben Goldberg, players who’ve all forged singular paths within and beyond the realm of jazz. He’s led or co-led some two dozen albums and contributed to more than 100 recordings.

A Berkeley native now living in Oakland,Lubin-Laden studied with Art Baron, Alan Ferber, Lee Konitz and Ambrose Akinmusirie at the New School for Jazz and Contemporary Music. In addition to SticklerPhonics,he performs in a wide array of settings, including the Jackie McLean repertory band JACKNIFE, Oakland R&B legend Johnny Talbot and DeThangs, the Electric Squeezebox Orchestra, and Brass Magic, the stylistically encompassing ensemble he co-led with Raffi Garabedian. Healso leads his own projects.

Born and raised in Berkeley, Garabedian studied with jazz heavyweights such as Tony Malaby, Mark Turner, Chris Cheek, Bill McHenry and Andrew Cyrille at the New School for Jazz and Contemporary Music.He’s recorded and performed with a variety of artists, including Jorge Rossy, Ben Street,Dayna Stephens, and R&B innovatorJohnny Talbot. He can be found playing around the Bay Area with the ElectricSqueezebox Orchestra and leading his own quartet and octet, and also performs with his brother, New York bassist Noah Garabedian. 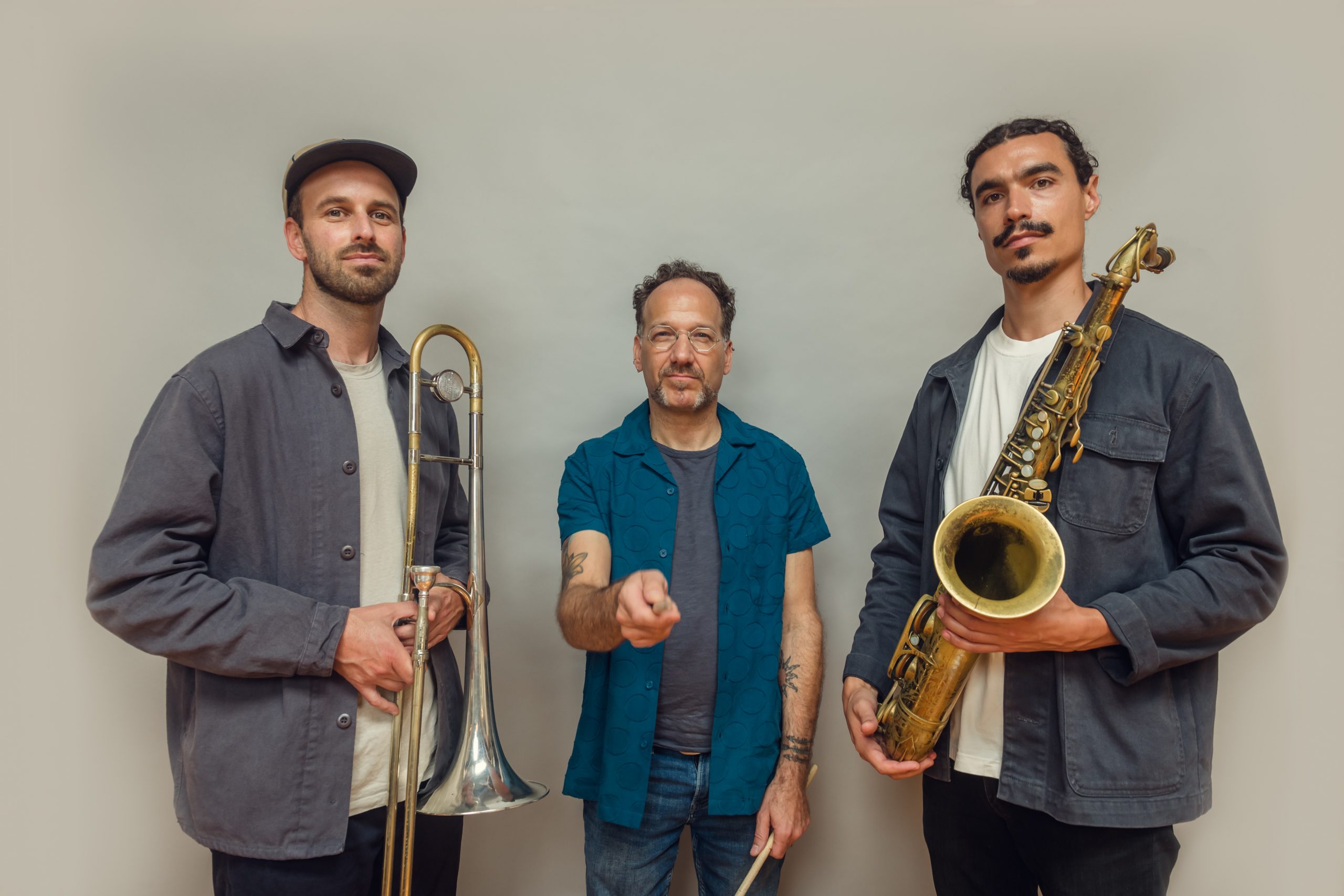 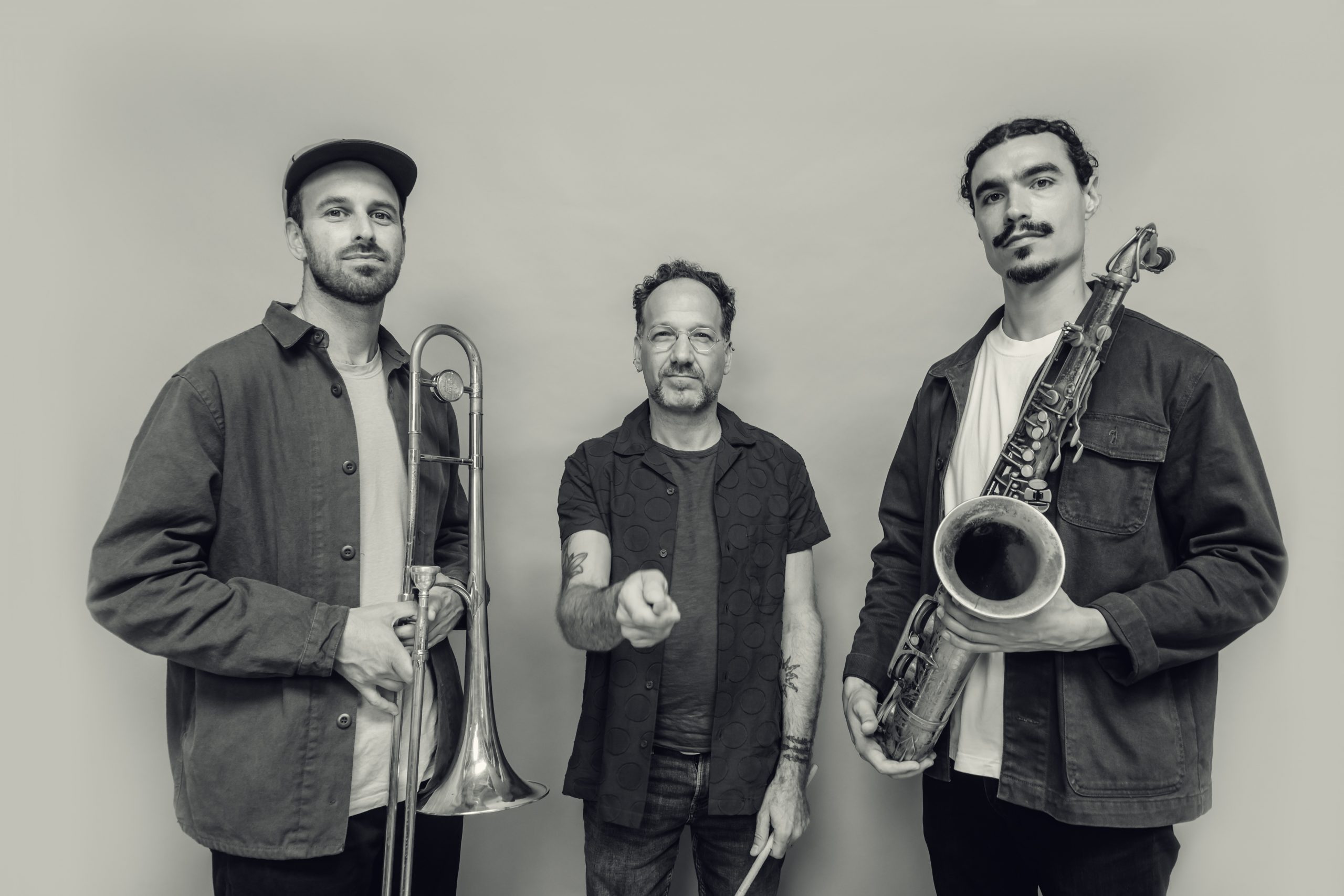 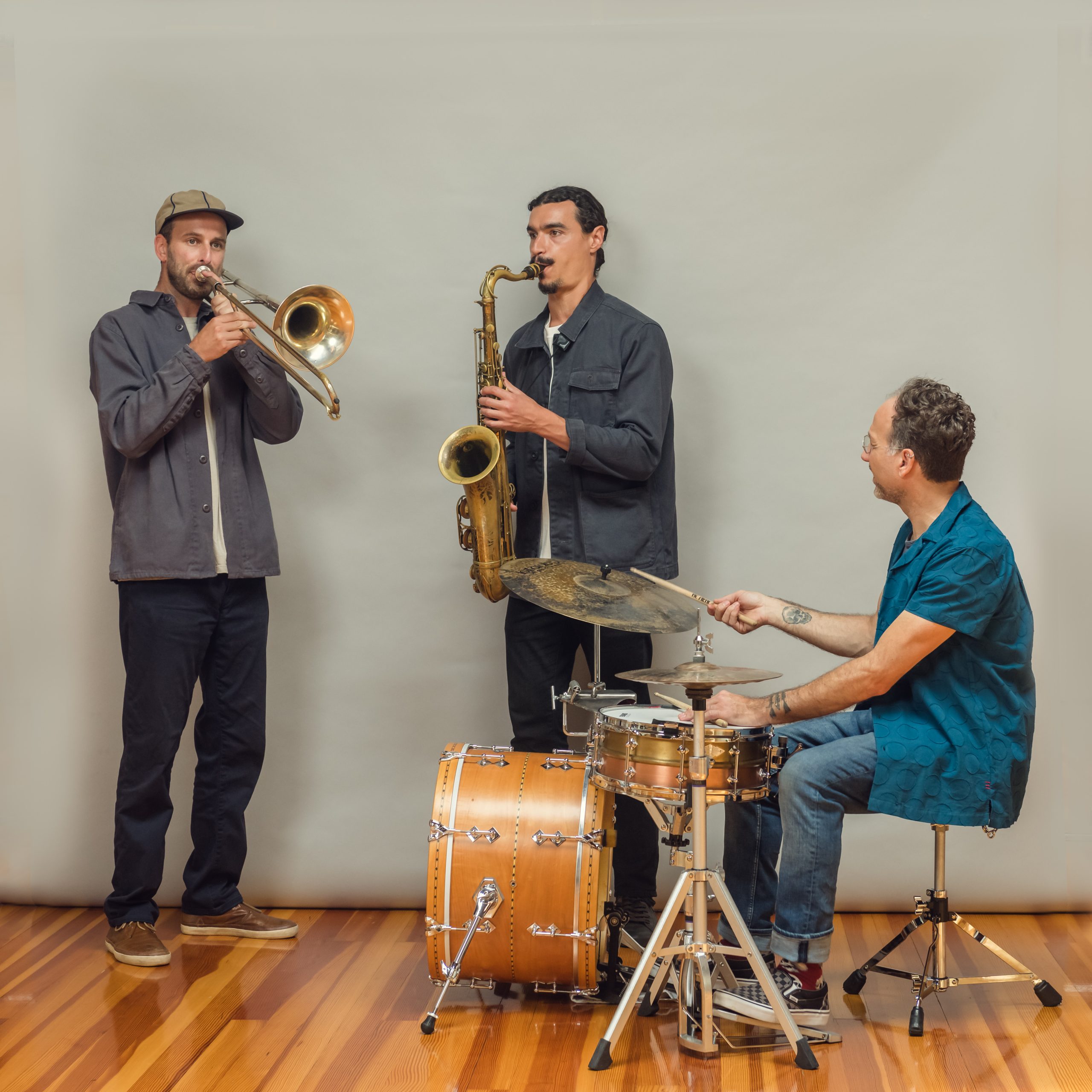 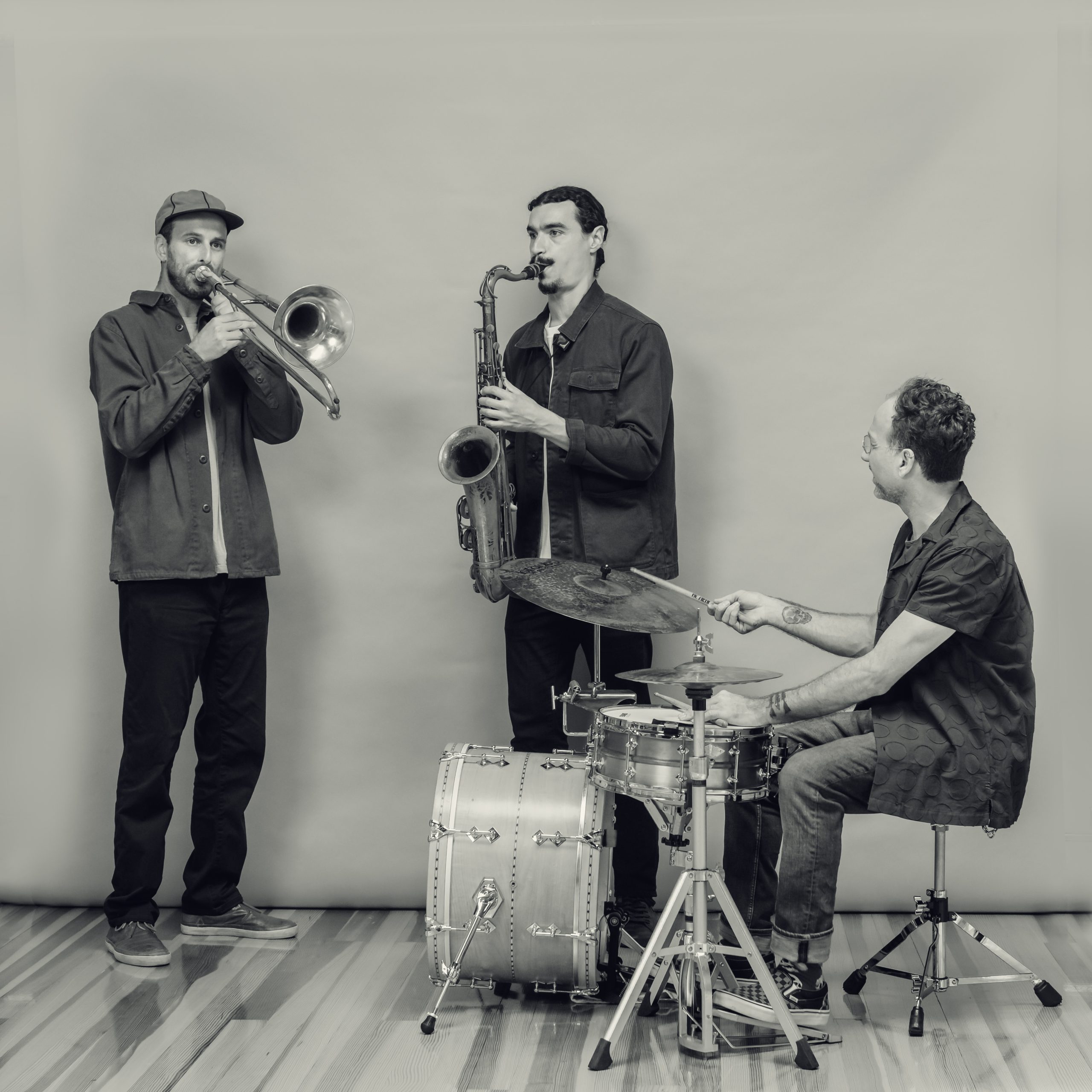 “Sometimes it just ridiculous how much sonic space Scott Amendola and Wil Blades alone can fill up in a room. Freakishly funky and soul satisfying, this dynamic duo push the limits while having too much fun doing it.” Something Else Reviews 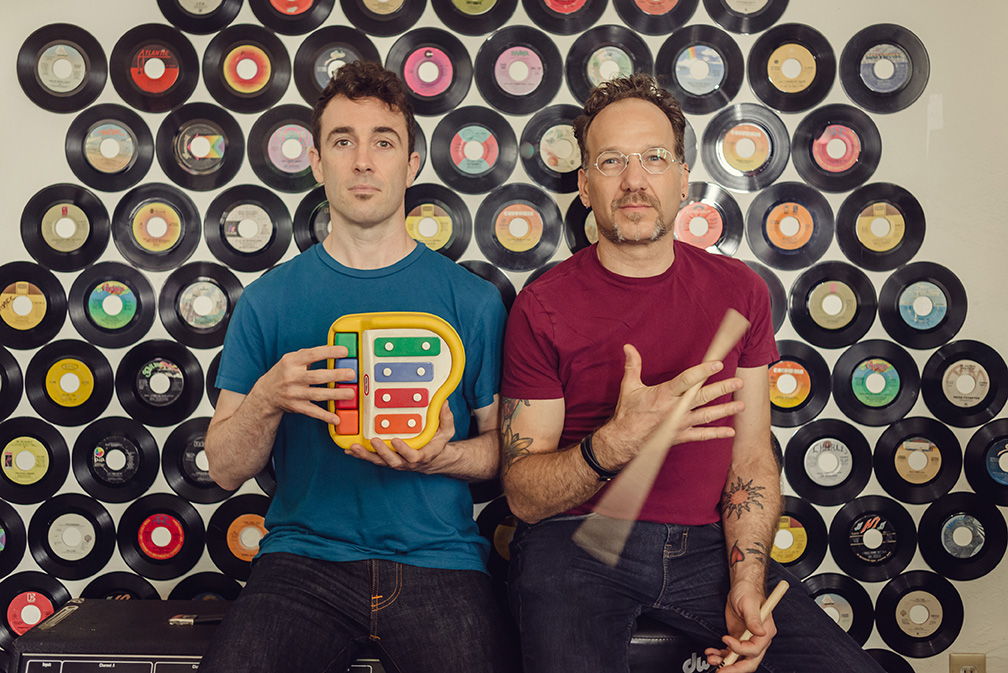